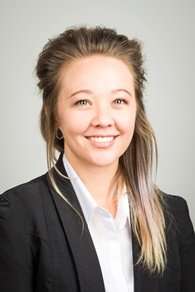 She joined the SSLR Inc. team in 2018 where she has been placed in the Sectional Title Collection department. As she is passionate about all things property, she also attends to the execution and registration of Notarial related matters and assists in the Conveyancing department.