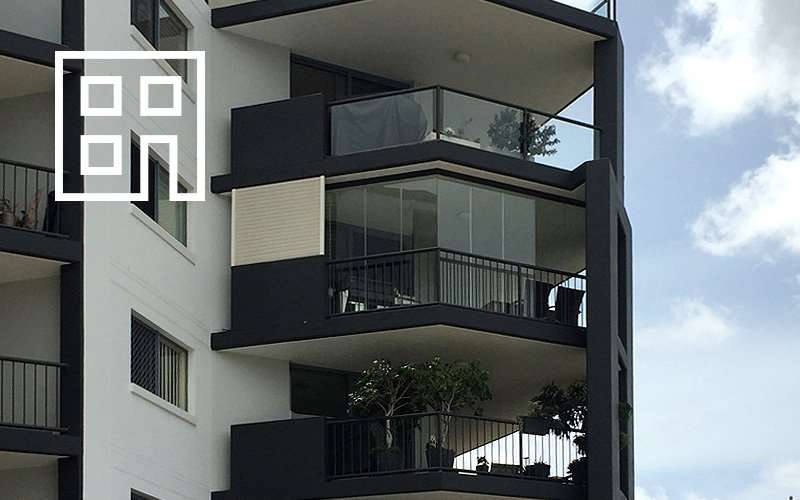 “Patio enclosure” – two words generating mass panic, for both owners and trustees. Carol is the proud owner of a sectional title unit, she wants to create a home to the likes of something you will see in the House and Home magazine. She figured that the patio/balcony can be used as a television room or sun room for cold winter months, this would make the unit much more appealing. Carol applies to the trustees of the Body Corporate to extend her patio, to enclose the patio with glass doors and to put a roof on. All the units in the complex have patios and there are already different types of enclosures at some of the units. She was taken aback when her application was denied by the trustees on the basis that there are already too many units with enclosed patios/balconies.

Carol did a bit of digging and discovered that there are no written documents available for the other units as none of the other owners applied, nor received proper approval or feedback. This was because the pervious board of trustees was not too concerned with the conditions of the Sectional Titles Act (the Act) or the rules. Carol now faces the wearisome issue many sectional title owners are often faced with, following the correct procedure and abiding by the rules in order to successfully survive sectional title ownership. At this juncture it is important to take note of the Act, your scheme’s conduct rules and the management rules.

Primarily the nature of the balcony has to be established. This means determining whether it is included in the square meterage of the section or whether it forms part of the common property of the complex. Should the balcony form part of the section, it cannot be assumed that it may be enclosed, however it may be less challenging to obtain approval. In this instance the provision of s24 of the Act will have to be complied with. This section specifies “If an owner of a section proposes to extend the limits of the section, he or she shall with the approval of the body corporate, authorised by a special resolution of its members, cause the land surveyor or architect concerned to submit a draft sectional plan of the extension to the Surveyor-General for approval.” A similar approach would have to be followed if the patio forms part of common property, even if it is an exclusive use area, this might however be a bit more challenging.

A critical consideration would be whether the proposed plans would conform to the ‘harmonious appearance’ of the complex, in terms of the prescribed management rule 68(1) (iv). This rule provides that an owner may not do anything to their section or exclusive use area that is likely to prejudice the harmonious appearance of the building. Although being incredibly subjective, it is imperative and is still required to be approved by the trustees.

A balcony is usually considered to be a non-habitable area, therefore a significant step would be to determine whether converting it would change it into a habitable area. Carol is indeed intending to convert it to be habitable. In this instance the local authority would need to give permission to enclose the area, along with the permission of all her fellow owners of the neighbouring sections. In some circumstances the balcony may be too small to be deemed a room, in terms of the National Building Regulations and this would without a doubt impact the successful outcome of the approval. Once all of the above has been considered Carol would then be required to obtain a special resolution. Only once this has been obtained, would she be able to arrange for draft section plans of the extension to be drawn up and submitted to the Surveyor General.

The floor area ratio (F.A.R) of the property plays a vital role in the decision. F.A.R, which is also known as bulk or coverage, is a zoning requirement which determines what percentage of the area of the ERF may be covered with habitable building. If the allocation for the bulk has been reached for the building, the local authority will not approve the plans.

Should Carol’s planned extension cause an alteration of more than 10% of her participation quota, which is calculated on the additional square meterage of the section, then the holders of a bond over all the sections in the complex will need to approve the proposed extension. If this consent is required, it is important to note that conveyancing fees will be payable by the owner to have the consent forms completed and submitted to the Deeds Office. If the increase in the square meterage of the section has an impact the participation quota this will result in an increase in her levies. These are good examples to demonstrate to owners that the actual building costs should never be considered in isolation when you want to determine whether an extension would be cost effective or not.

Carol now has a very good understanding of what should be done to comply with the Act and rules, but is faced with trustees refusing to approve her application. The decision by the trustees must be fair and reasonable. If Carol feels that the only reason for the decline of the application is that Mathilda Martin, the Chairperson, is still upset about Carol’s refusal to share her Lemon Meringue recipe she does not have to succumb to shattered dreams of a sun room, she still has few options at her disposal. She would be able to institute arbitration proceedings as set out in prescribed management rule 71, in circumstances where she feels that the application is being unreasonably declined. A possible more cost effective and potentially swifter option would be to approach the Community Schemes Ombud, when in operation, to make a ruling in this regard.

If, however Carol is strongly opposed to putting in too much effort, and decides to enclose the patio without the necessary consent, she will be in contravention of the Act. She might then be compelled to restore the unit to its original state at her expense. If she refuse to restore the unit, the trustees can then call for arbitration on the matter or institute a High Court Application which will compel her to do so.