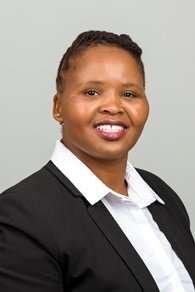 Phatheka holds an LLB degree, obtained from UNISA and a National Diploma in Business Management. Prior to completing her LLB studies she worked as a conveyancing secretary at a number of prestigious law firms. During the same period she accumulated experience in conveyancing; being responsible for SIE and PIP transfers, bond registrations, bond cancellations and general conveyancing.

She joined the Firm as a paralegal secretary, commenced her articles in 2012 and was admitted as an attorney in 2015. She is passionate about property law and is now practising as a Conveyancer in the conveyancing department and also takes care of some Notarial Work.