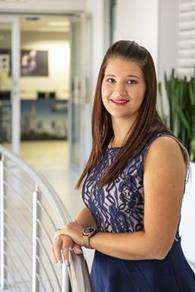 Sherise has had a passion for law since she left high school in 2007. Sherise studied at Damelin in her first year post high school where she obtained an Office Administration Certificate. Sherise then started her career in the legal field in 2008 as a personal assistant where she worked herself up the ladder. Sherise further obtained a Paralegal Diploma and, because Sherise has a big passion for law, she decided to pursue a law degree at UNISA. Sherise started her career at SSLR Inc in 2019 where she was working in the Levy Collection Department. Sherise has since moved to the Commercial department where she is managing a couple of portfolios under the supervision of our legal manager with very satisfied clients. Sherise prides herself in her work and client satisfaction is what pushes Sherise’s to continue with her career in law.

Sherise is also a dedicated mother to two beautiful little girls and also happily married. Between the studies at UNISA, raising two little girls and working hard to climb the ladder, Sherise enjoys time outside in the nature with her family.